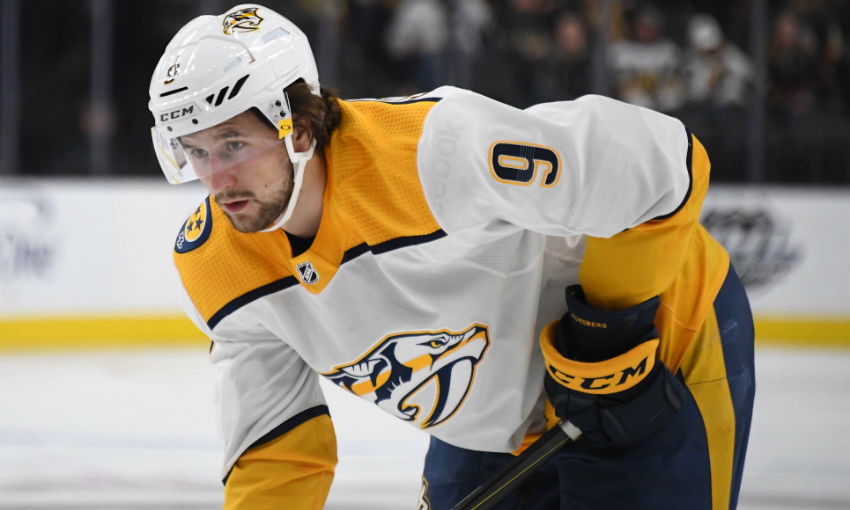 Following his dad, Forsberg became a Red at an early age and the obsession stuck on his journey towards elite ice hockey。

Read on for our chat with Forsberg about his love for the club and the Liverpool player he'd least like to encounter on the ice...

Growing up in Sweden then, just how did you become a Liverpool fan?

My dad was a Liverpool fan and I grew up with that. My first jersey was a Robbie Fowler jersey actually that my dad got for me when we were on a vacation down in Europe. It started at a young age and then it's just been growing ever since.

Do you find watching LFC to be a nice escape from ice hockey?

For sure. I watch a little bit of hockey, mostly my local team from back in Sweden. But other than that, I don't watch a ton of hockey. I love soccer and I've always been a huge fan of soccer generally, especially Liverpool. Being in North America, it's actually fairly easy to watch a lot of games because of just how big the fanbase is for Liverpool, so most games are being broadcast in some kind of way.

What's your earliest and best memory as a Red?

I guess the earliest wasn't a great one, I mean it ended up being the best, but I watched the final in Istanbul in 2005 back home on my couch with my family。 But I was young, about 10 years old back then, so after the first half I went to bed actually! Obviously I woke up and was the happiest kid in the world。 It was fun。 I was mad, I had a really hot temper growing up as a kid, so being down 3-0 in that big of a game was tough。 I ended up going to bed and was able to thankfully watch the replay of the second half, extra-time the next day。

北京赛车pk10投注That one has kind of grew on me because at the time you didn't realise how big that was – the comeback and all that. Just being able to watch it after, I realised how huge that game was. Then obviously winning the Champions League title last year was phenomenal. We had a bunch of people come to watch the game together.

How do you manage to follow the Reds? There's obviously a time difference and the NHL season runs mostly at the same time as our one...

It's a challenge obviously。 It's good with the Champions League games as I think they're on at 2pm, depending on the time difference。 Those games are usually no problem at all。 On gamedays they can be a little tricky but I'm not a big nap guy anyway, so I can usually try to watch them as we play at 7pm our time。 Usually I'll be able to watch the games in the afternoon before I get ready and head down to the rink。 The Saturday games, they're on NBC so as long we're not skating in the morning then I can be able to watch。 A lot of times I head to the rink a little early and watch it at the gym。 We've got a few soccer guys, so they'll be willing to turn it on the TV。

I was able to watch the Origi winner against Everton last year, which was phenomenal. It was one of the first games me and my girlfriend watched together. She's American, so she didn't grow up being a soccer fan or anything like that. She could tell early on that I was a big fan because I was wearing the stuff but that game was crazy. She was kind of paying attention a little bit, watching and being on her computer. Once Origi scored, I just took off and started running around in the living room. That's when she kind of realised that I was a little bit of a nutcase! But we're still together. That was a Sunday game, so that was a day off and I didn't have to wake up early but I planned a day and I had to be able to watch that game. It couldn't have ended in a better way.

I hear your organisation is quite inundated with football fans...

We have another guy, Mikael Granlund, he's a big Liverpool fan too. He's from Finland and obviously the Finnish roots go back to Sami Hyypia especially. We usually watch the games together when we can at the rink. Everybody loves watching Liverpool now, all the soccer guys we have, just because of how fun they are. We got a couple of Chelsea guys, a couple of Arsenal. Man United, not anyone that I can think of – thankfully!

You've actually been to Anfield for the 4-0 win over Arsenal in 2017. What was that like for you?

It was phenomenal, it was really, really awesome. Usually in our season, we have to be back in September, so there's usually one or two games that we can go to before I have to head overseas. My dad had just turned 50 and he's the reason I became a fan, so me and him ended up going as a birthday present for him. It couldn't have turned out better. My brother is an Arsenal fan for whatever reason. Unfortunately he couldn't make it but that's probably for the better because it would've been a tough one for him.

I wouldn't say I was surprised by the atmosphere but I was amazed. You'll Never Walk Alone before the game, that's what I was most pumped about, just being able to see that live. Both me and my dad were just standing there basically just amazed by it. It just kept going for 90 minutes, it was non-stop. The game definitely didn't make it worse either. It was phenomenal. We have a crazy fanbase in Nashville that's so loud but just having like 50,000 people together for 90 minutes, that's tough to beat.

As someone who gets in front of goal and knows what that pressure is like, do you appreciate even more the abilities of Mohamed Salah and Sadio Mane, for example?

Oh yeah, for sure。 My main job, I guess, is to produce。 Those guys do it consistently on any level – they score in the Champions League, they score in the Premier League。 It's phenomenal。 Just knowing how much the other team are paying attention to them, when they came in the pressure was a little lower on them and they come back and do it even better the second year。 That's really impressive。 Even guys like Firmino, he might not have scored as much as he could but he's playing such a big role and it's really cool to see how well oiled the machine is。

Who do you think would make the best hockey player within this Liverpool side? 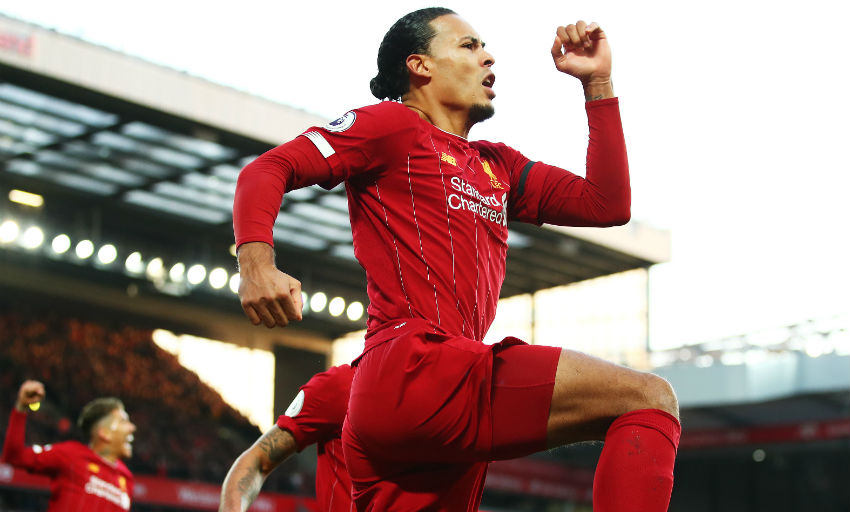 Do you not think Alisson Becker would make for a good goalie?

I feel like that would be quite the transition, especially coming from Brazil and everything! I'm guessing he doesn't have a ton of experience of skating in general. But Petr Cech, I've heard he's playing goalie, so there's obviously proof that there's a chance. But I think Cech is from a little bit bigger of a hockey nation than Brazil at the moment!

Even though Jürgen Klopp has probably zero experience of coaching an ice hockey team, do you think he could still get you to run through brick walls for him?

One hundred per cent. He's one of the tactically best coaches in the world but his motivation, you can just see it. You read all the quotes from the players, they all love playing for him, which is the No.1 factor a coach would have. I think that would translate if he would try hockey as well.