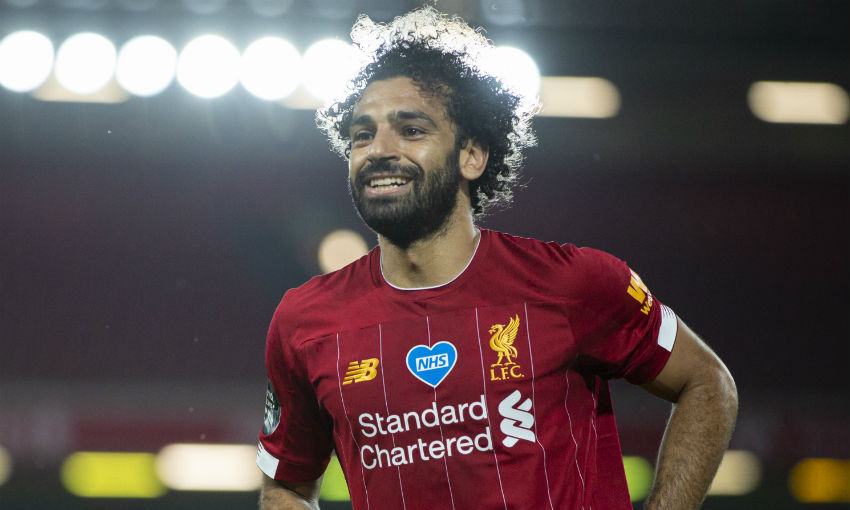 The Reds moved to within two points of being crowned champions after comfortably dispatching Crystal Palace 4-0 at Anfield on Wednesday night.

The league leaders could even be confirmed as winners on Thursday evening, should reigning holders Manchester City fail to beat Chelsea at Stamford Bridge.

Asked how he felt about the current situation, Salah told Sky Sports: "I feel great.

"Since I came here I said I want to win the Premier League with the team。 The city didn't win it for a long time, so it was the right time。

"Maybe last year we had a chance to win it but Man City also performed really good and they won it. It's our time to win it and it's great."

Salah was on the scoresheet in the victory over Roy Hodgson's team as other contributions from Trent Alexander-Arnold, Fabinho and Sadio Mane helped Liverpool go 25 points clear at the top with seven games remaining。

"Two points to go to win the league, it's great," the No。11 continued。 "We had a great performance today and all the players were unbelievable。

"I'm happy about the result and looking forward to the next two games.